A team challenge that tastes great!

The #futureisbright graduates based in Hong Kong have been team-building again this time taking part in a Mooncake Workshop.

Mid-Autumn Festival is one of the traditional festivals in Chinese culture. It is a public holiday observed in China, Taiwan and Hong Kong on the 15th day of the eighth month in the Chinese calendar. Despite the differences in the ways each region celebrates it, there are several traditions that apply regardless of location such as playing with lanterns and fireworks, watching dragon dances and eating mooncakes.

For those who don’t know what a mooncake is, it is a traditional dessert that’s usually made of bean paste, egg yolks and nuts. However, there is also another kind of mooncake called snowy mooncake which is more popular than the traditional ones! Snowy mooncakes are served chilled or frozen and consist of a layer of glutinous rice wrapped around fillings such as fruit, green tea, jam, strawberry, chocolate, coffee or cheese. 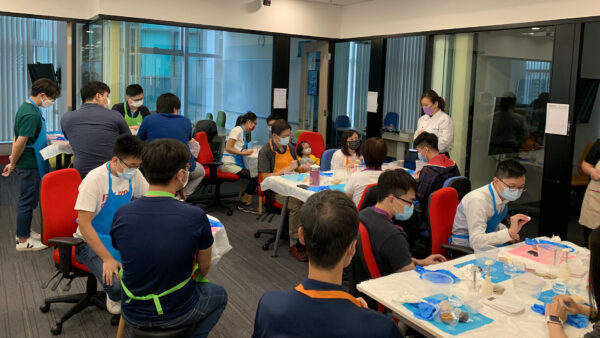 Before the festival, the Hong Kong office organised two mooncake workshops for our colleagues to learn how to make snowy style mooncakes. Everyone was having such a great time!

We invited an experienced dessert chef to our office and each colleague could prepare 6 mooncakes during the activity.

The teacher first demonstrated us the flow then it was their turn to prepare the crust. Some of our engineers were struggling to knead the flour with water and often heard them saying “It feels strange!” but then they started enjoying the process! And they were very satisfied with the colourful mooncake crust! 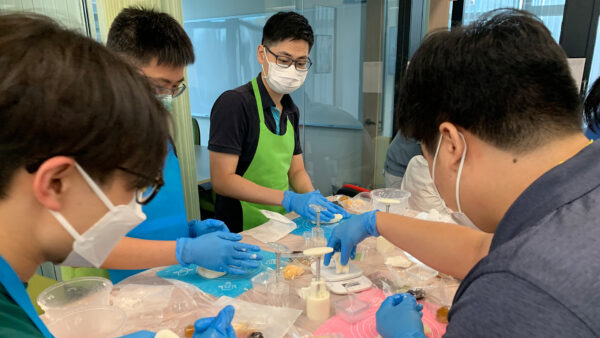 Time to get stuffing

After preparing the crust part, they needed to pick the stuffing and flavours. Our teacher has prepared 5-6 flavours such as egg custard, green tea, chocolate and green bean paste. Then came the most challenging part – getting the proportions accurate so that the crust wraps entirely around all the stuffing.

We then put the mooncakes into a tool which helped to create the shapes and patterns. It requires some skills and considerable force so that the mooncake will come out in a beautiful shape! Finally, we placed the mooncake on the tray and sealed it.

So now the Hong Kong graduate team has added some cooking skills to the professional skills we’ve been learning in our jobs. And at the end the mooncakes really looked like those which you can buy in a bakery. Good job team! 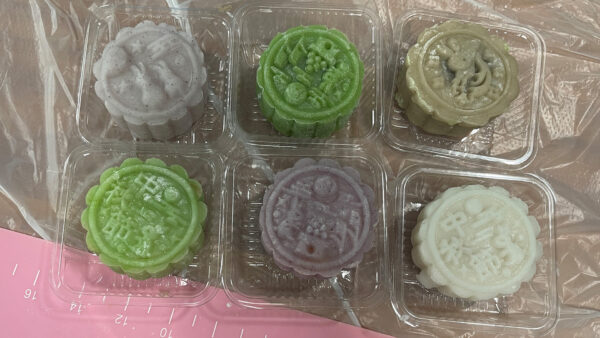 Spreading our wings for a long-awaited international journey

Reflecting on the first year of #futureisbright